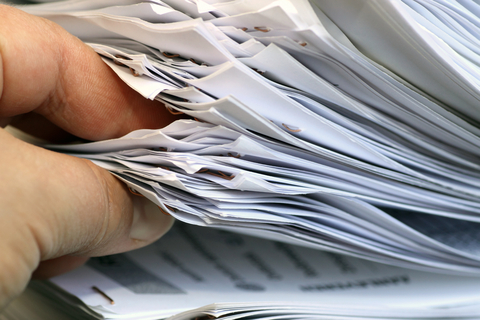 A key Central European software company providing document management solutions across Europe, Asia, United States, Canada and the Middle East. The client had a large portfolio of customers ranging from the financial sector to governments.

The client was providing a range of OCR services integrated with document management systems, mostly SharePoint Online and SharePoint 2013. Currently hosted on premises, the client wanted to shift their product to be more Cloud based to make use of increased performance & availability - as well as reducing overall running costs.

The sticking point for the client was an old OCR service that was not scalable and therefore limited in terms of performance. All products in their product range made use of this service, and so the upgrade of any component was hampered until this service could be refreshed or replaced. The OCR service was that it was overly complex and built as a web application (instead of a web service), meaning that upgrades were tricky.

This lack of performance or scalability resulted into the client having to postpone accepting business from some larger customers because of capacity issues.

The core OCR service was rewritten and simplified. Existing code was pulled out of the web application and transformed into a scalable and more performing API. During this refactoring process, the structure and architecture of the service was examined to allow further speed and efficiency improvements to be incorporated at the same time. Where possible, the code and libraries used were updated to bring the whole service as up to date as possible without major rework.

The new service was designed to allow either on premise hosting, or to move to a cloud provider. Azure was chosen as the hosting provider, and auto scaling on demand was configured to protect against future capacity expansion.

The performance per CPU core has improved by 10% and the system has increased the maximum number of active user connections it can handle from thousands to hundreds of thousands.

The OCR service was hosted as a Web API using ASP.NET Boilerplate for the three tier back-end architecture. The system was unit tested with NUnit.